The following is but a sample of some of the more visually interesting items of material available in the Walter J. Karabian papers donated to the Special Collections Research Center of the Library at California State University, Fresno.  The bulk of the collection consists of legislative bill files, correspondence, articles, and photographs.  To learn more about Walter Karabian and his career in politics, please use the buttons below to navigate your way through the exhibit. 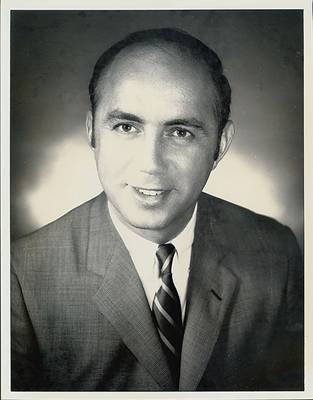 Walter J. Karabian was born in Fresno in 1938 and graduated from Roosevelt High in

1956.  He attended the University of Southern California (USC) where he served as student body president.  He also received a Law and a Master’s degree from USC.  He

was Deputy District Attorney for Los Angeles County before winning a seat in the California State Assembly in 1966.  In 1971, he became the youngest ever Majority Leader in the Assembly.  Today Karabian practices law in Los Angeles. 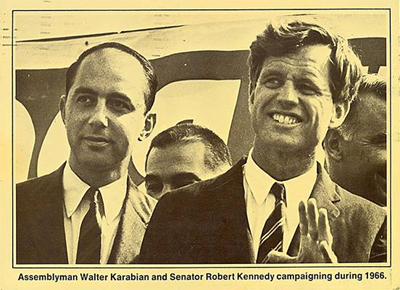 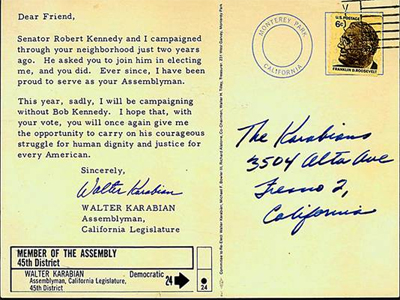 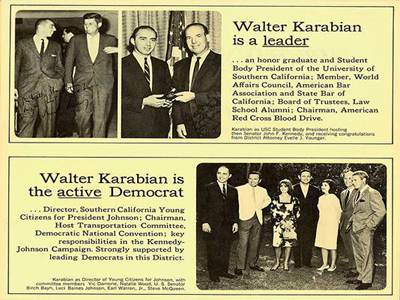 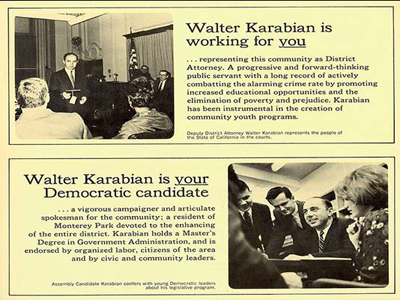 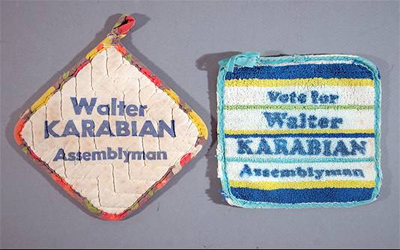 Karabian’s campaigns were memorable for the pioneering of innovative and creative campaign techniques, such as the distribution of potholders. 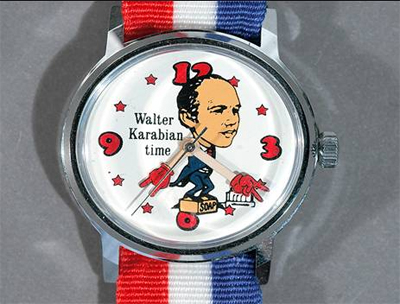 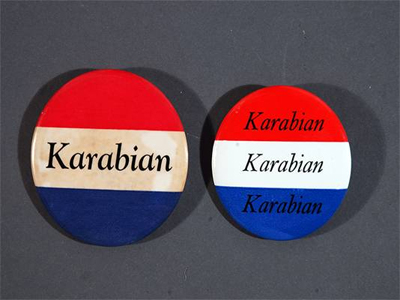 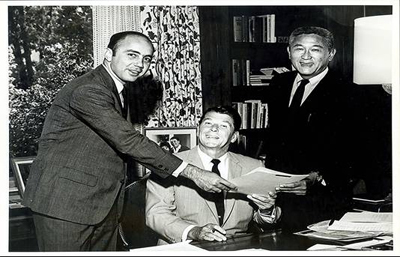 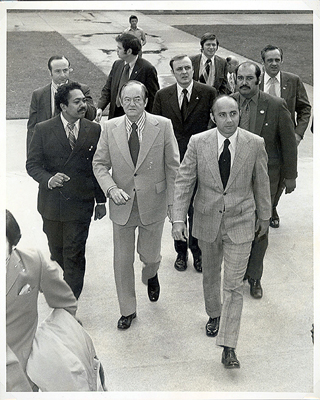 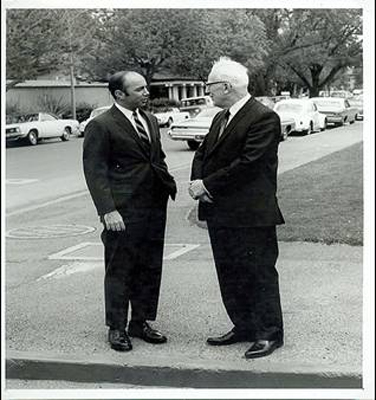 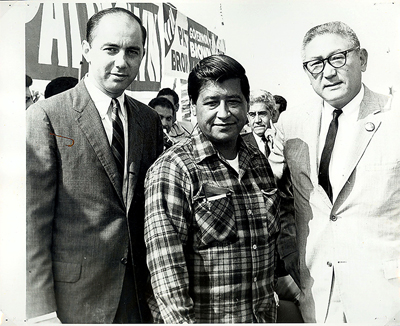 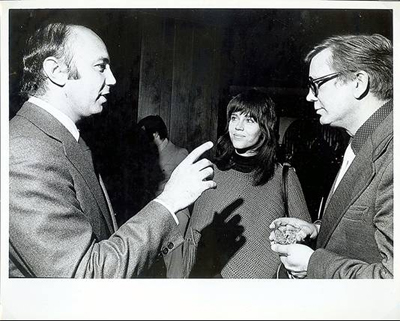 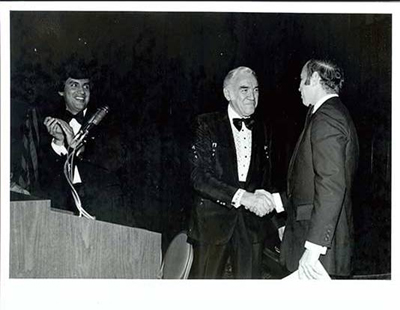 Actor Lorne Greene (center) and Karabian (right).  Greene was a friend and supporter of Karabian’s. 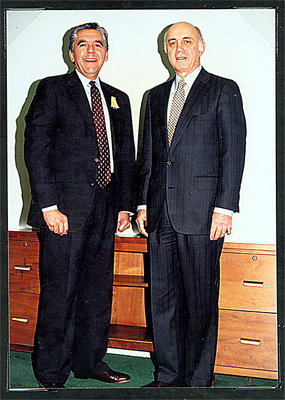 Art Torres (left) and Karabian (right).  Both during his political career and since leaving office in 1974, Karabian has championed the cause of Latinos in politics.  Karabian was a mentor to Torres, who went on to serve in the state legislature and as Chairman of the California Democratic Party. 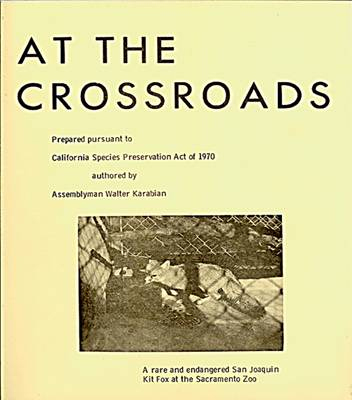 This and the following report are examples of some of the textual items available for research in the Walter J. Karabian papers at the Central Valley Political Archive.  Also of interest are the legislative bill files and law review articles authored by Karabian, in addition to his correspondence and subject files. 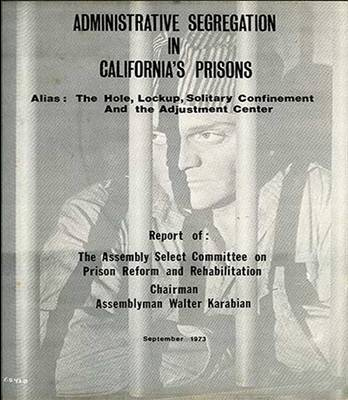 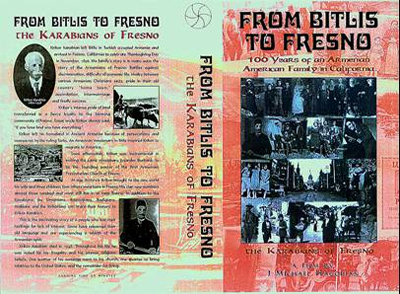 Throughout his life, Karabian has honored his commitment to his Armenian heritage.  He was one of the first Armenian Americans elected to public office.  The video “From Bitlis to Fresno: The Karabians of Fresno” is available in the Walter J. Karabian papers at the Special Collections Research Center.  Karabian is also a founding member of the Armenian Film Foundation.