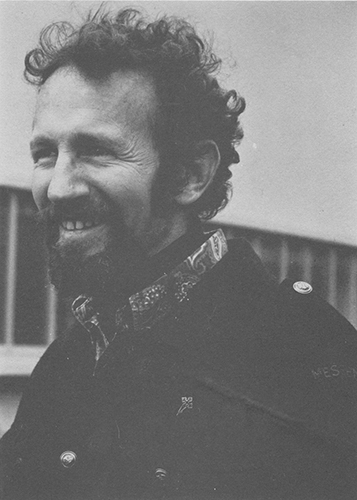 W. Donald Albright Papers, 1961-1974, 2001 (4 linear feet). Materials from Albright’s days as Dean of Students during one of the most turbulent periods in Fresno State’s history. The unrest on campus, minority issues, and the rights and responsibilities of both students and faculty at Fresno State and other campuses is also documented.

Marjorie A. Brewster Papers, 1917-1962 (1 linear inch). Brewster was an alumnus who taught at the Fresno State College Laboratory School and joined the faculty in the Education department in 1938. A small collection of certificates, diplomas, letters, speeches and transcripts, all related to her teaching career.

Jack Fortner Papers, 1963-2002 (2.5 linear feet). Compositions and music sketches from a music professor who has also served as a symphony conductor for many years in different parts of the country and the world.

Frank R. Morris Papers, 1905-1956 (2.25 linear feet). The first chair of the Mathematics and Engineering Department and a professor from 1921 to 1955 at the old University Avenue campus (now Fresno City College).

Vincent E. Petrucci Papers, 1925-2002 (9.75 linear feet). Mainly course materials from Petrucci’s 46 years of teaching in the Viticulture and Enology program as well as items from his professional activities including consulting, speeches, conferences and publications.

Kenneth Potter Papers.  Potter was a professor of social science, who taught from 1927-1947.