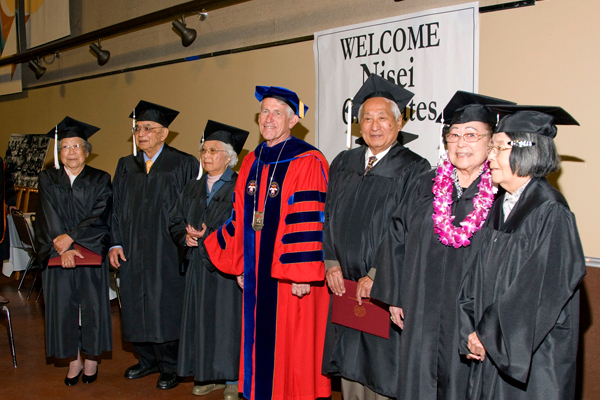 In 1942 with the implementation of Executive Order 9066 approximately 250 Japanese American students were forced to leave their CSU campuses and were sent to internment camps throughout the United States.  In September, 2009 the CSU Board of Trustees voted unanimously to award the Special Honorary Bachelor of Human Letters degree to those students whose academic lives were disrupted.  Though many of the recipients were in their 80s and 90s, CSU campuses honored them during regular 2010 commencement ceremonies.