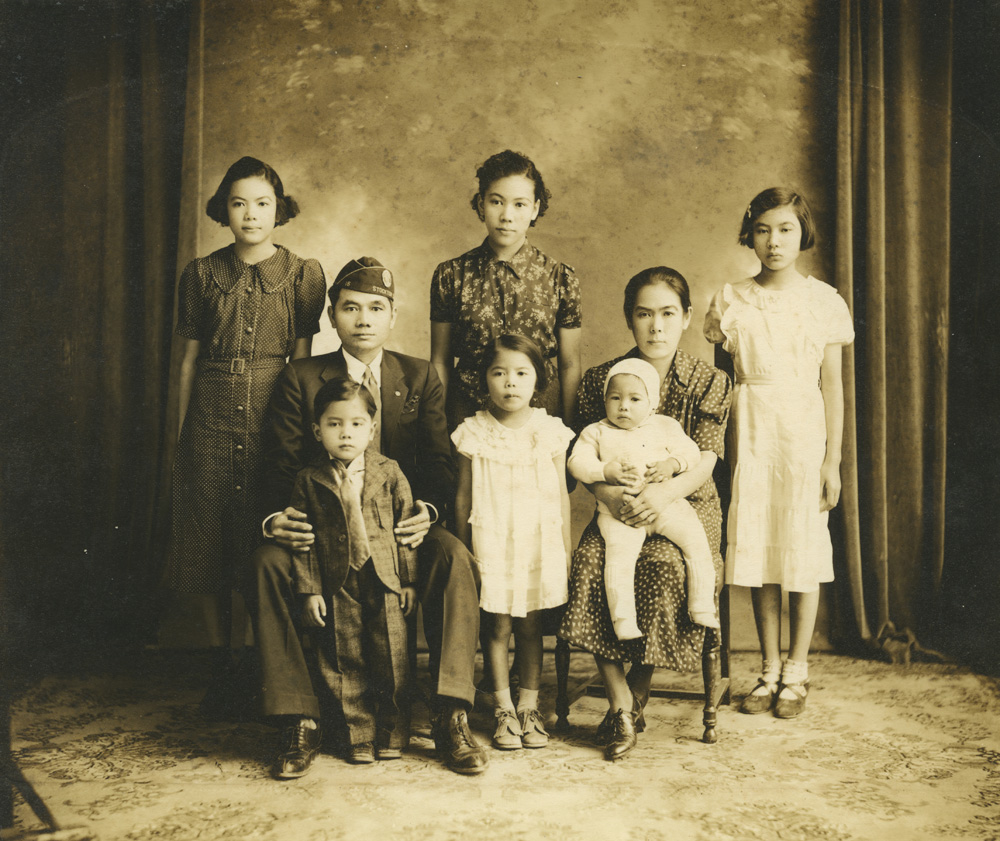 Dorothy Firmalo Tigson and Jim Firmalo recounted their family’s unique experience with Japanese American internment.  Their family only stayed in the assembly center for three months and were not relocated to an internment camp.

Their father, John Firmalo, was born in the Philippines, immigrated to the United States and served in the U.S. Navy for three years during World War One.  Eventually he settled in Madera, California and worked as a butler, chauffer, and cook for the owner of the Roberts Ranch.  It was during his employment at the ranch that he met Alice Michiyo Taone.  Alice was born in Hilo, Hawaii to parents originally from Hiroshima.  She was supposed to have been a “picture-bride” to a man in Fresno, but she refused to marry him because he was considerably older.  Her parents disowned her and she found work at the Roberts Ranch.  After getting married, John and Alice had seven children: Dorothy, Alice, Lily, Gloria, John Jr., Jimmy, and Richard.

John worked as a labor contractor, farmed, pruned vineyards, and harvested grapes and olives.  After moving back and forth between Stockton and Madera, the family settled in Madera where John joined the American Legion, a wartime veterans’ organization.  Though John passed away in 1940, his widow and children were among the 120,000 Japanese Americans targeted by Franklin Roosevelt’s Executive Order 9066.  Dorothy recalls the knock on the door by a State Department official, and hearing the order that they had two days to move to the Fresno Assembly Center.  When the American Legion learned that the Firmalos were to be sent to the Assembly Center, they arranged to have them driven to their destination in a staff car rather than in the buses that transported most of the internees.

The Firmalos remained at the Fresno Assembly Center for three months until the American Legion was able to petition for their release.  Dorothy remembers cleaning the horse stalls the family was assigned to live in, dining in the mess halls, doing laundry and attending Japanese school.  Their son Jim, though only 5 years old at the time, remembers the horse stalls and their hay-filled mattresses.  As the Firmalos were not incarcerated in a relocation center, they were able to return to Madera where they leased and farmed the Cavallero Ranch vineyards.

After the war, Dorothy worked at a realtor’s office, and Jim went on to work in sales.  Today Dorothy and Jim both live in Fresno, however, their mother, Alice, passed away in 1956 before the government made reparations with the Civil Rights Act of 1988.