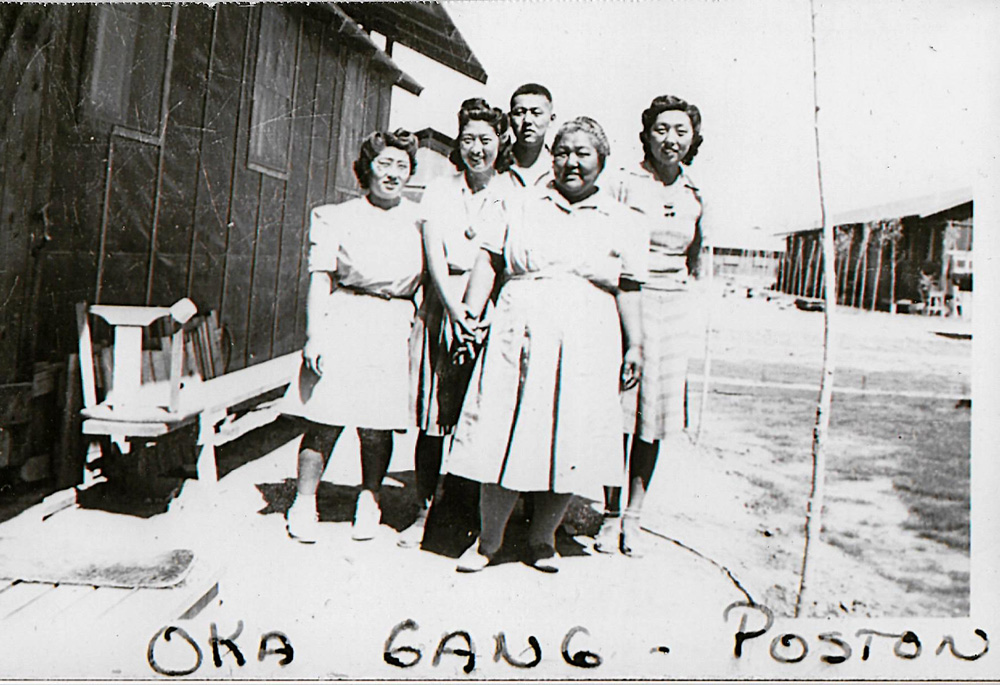 Samé and Tokumatsu Oka immigrated to the United States from Hiroshima, Japan in 1916 and settled in San Juan Bautista where they operated a hotel.  Samé spoke almost no English.  Tokumatsu supplemented their income as a fishing captain.  The couple had eight children: four sons, Kazuo, George, Giro, and Saburo, and four daughters: Aiko, Hisako, Yoshiye, and Michiko.  Kazuo supported the family after Tokumatsu died of a heart attack on a voyage to Japan.  The family relocated to Monterey when Kazuo took a job on Fisherman's Wharf.

When war broke out, Samé and Michiko evacuated to Gilroy, but the rest of the family remained in Monterey.  After four months, the family was given evacuation orders and moved to Clovis to be with friends, where Samé and Michiko joined them.  Living east of Highway 99, they were not required to report to an assembly center, and after they were given two days to pack, reported to Poston War Relocation Center in Arizona.  The family was assigned to Camp II, Block 222, and their family ID number was 39882.  They arrived at Poston in July 1942, and were released September 1944.  The children held various jobs in camp, though Samé herself did not work.  Kazuo was managing editor of the camp newspaper, the Poston Chronicle.  Giro was secretary to the block manager.  Saburo was a kitchen helper and Yoshiye worked as a waitress.  Michiko and Hisako both worked multiple jobs.  Michiko was a naturally positive person and made friends in camp, and this positive outlook was her coping device.  She recalls one particular moment from camp that she believed served as apt metaphor for the loss of their freedom: just when she was about to be handed her high school diploma, a gust of wind blew it away.

Upon their release, most of the Oka children moved to Minneapolis and Detroit in search of employment.  Samé and Yoshiye returned to Monterey.  There was a dispute over whether the Okas owned or rented their house in Monterey, and a friend of Kazuo's suggested he sell it, in part because of discrimination against persons of Japanese descent.  Most of the Oka family did return to Monterey, but had to start from nothing.  The one exception was Aiko, who married and settled in Clovis.  Michiko eventually married and adopted three children.  Her daughter Roberta graduated from Fresno State and currently serves as the Central California District Council Governor of the Japanese American Citizens League, which has recently taken up the cause of defending against the discrimination and targeting of Muslim Americans.  While she has no memory of Michiko discussing her time in Poston, her mother’s incarceration has always been a part of Roberta’s personal and family identity. Michiko's sister Hisako, who did not have any children herself, shared her redress payment with her sister's children, because Michiko herself had passed away six months earlier.

As the family states: “Michiko would want others to understand that while we can forgive, we must never forget the lessons learned from this part of American history: Don't let fear be your compass point.  Open your mind and your heart to perspectives different than your own; be an independent thinker.  And above all, be a compassionate human being, especially in the darkest of times.”

Information provided by Roberta Barton (Sansei), who has researched the War Relocation Administration files at the National Archives in Washington, D.C. Roberta has collected copies of the files on her mom and each of her mom’s siblings to preserve her family history. 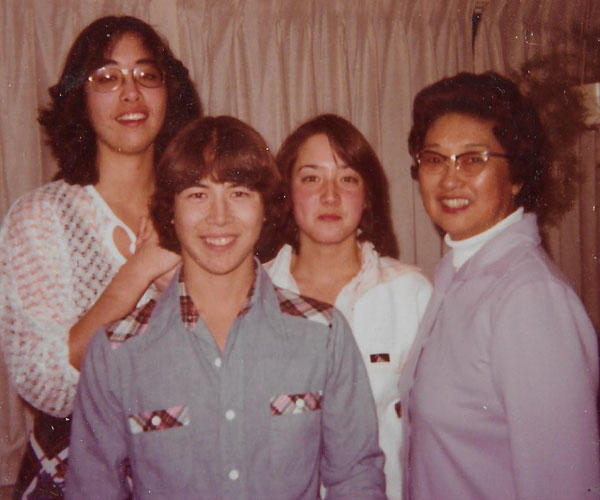 Michi Oka and her Sansei children 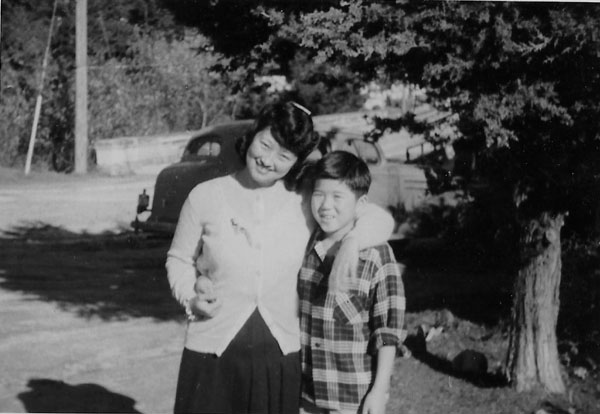 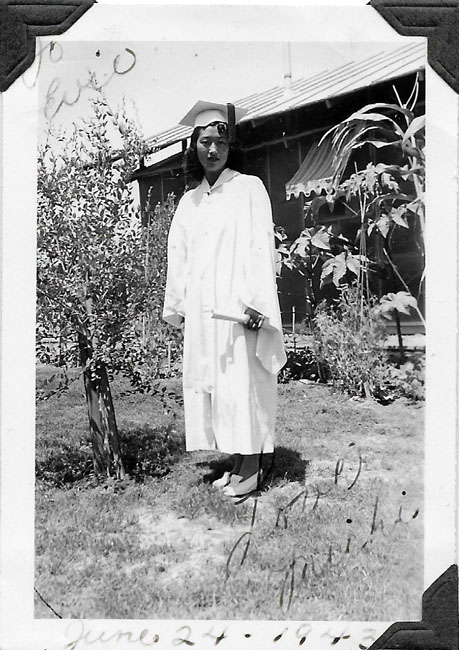 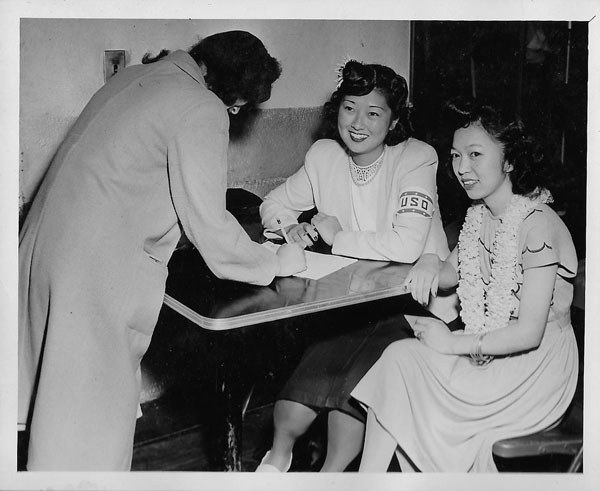 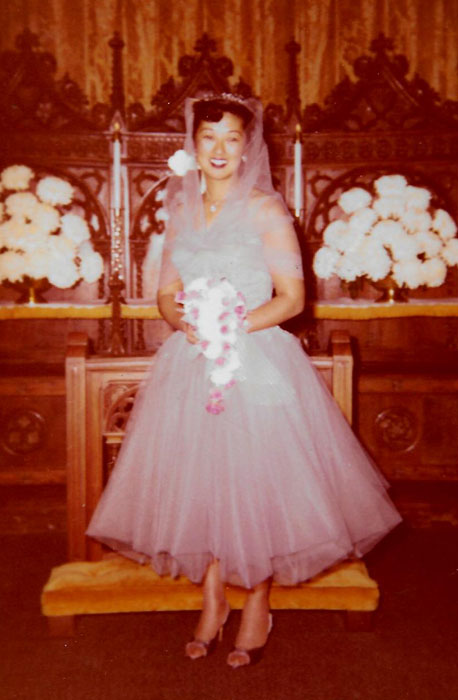 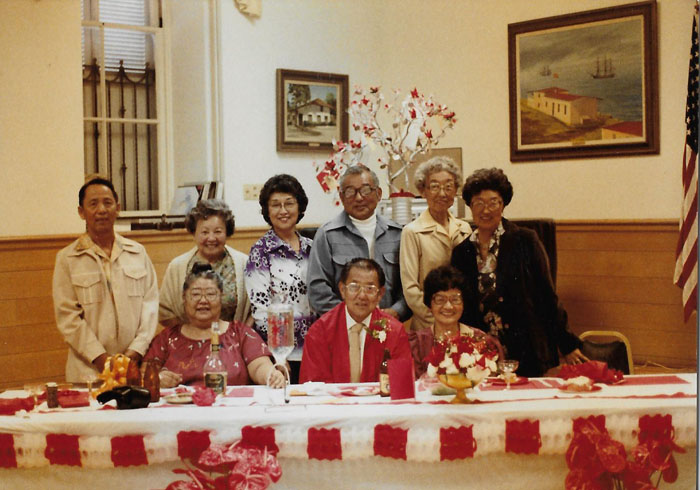