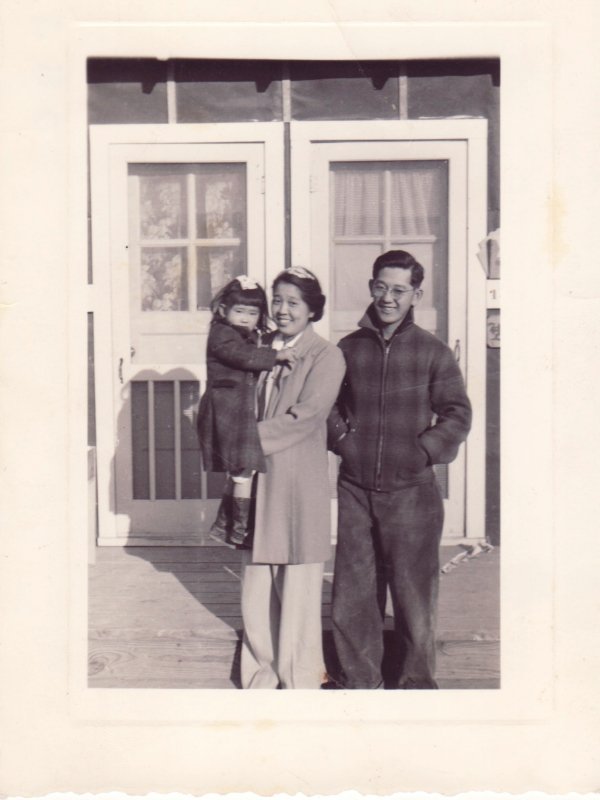 Uichi Kebo immigrated to the United States from Hiroshima in 1892 at the age of seventeen and found work as a grafting specialist at Roeding Nursery in Fresno. In 1905, Uichi moved to Parlier and purchased a 40-acre farm and built a home there. He and his wife, Tokiawa Mirkidani, were married by proxy in 1907. They earned their living by farming primarily grapes.  Their first of five children, Satoru, was born in 1911 in Parlier. The family returned to Japan in June 1930 but retained the land in Parlier, and Satoru returned to the U.S. He finished high school in Hiroshima, but studied English at Edison High School while staying with his uncle Kensaku in Fresno.  Kensaku’s son, Johnson Shizuto Kebo, was born February 14, 1910 in Fresno, and worked at his father’s electrical appliance store in downtown Fresno. Johnson’s wife, Miyeko (Mimi) Okamura, was born April 10, 1917. On July 18, 1938 they were married at the Fresno Buddhist Temple.

With the signing of Executive Order 9066, Johnson, Mimi, and their daughter Geraldine (Gerry) were sent to Fresno Assembly Center. According to Civilian Exclusion Order No. 64 they reported and were bussed to the Civil Control Station at 2107 Inyo Street in downtown Fresno on May 17, 1942. The family’s ID number was 25344 and after living in the hot and dusty Assembly Center, they were sent to Jerome War Relocation Center in Arkansas, where they stayed for just shy of a year, from November 3, 1942 to October 31, 1943.  While there, Johnson was elected block manager, and was active with the Japanese American Citizens League. Their third child, Johnson, Jr., was born in camp. Due to his involvement with the JACL, Johnson was allowed to leave Jerome for a job in Chicago, leaving pregnant Mimi and Gerry in camp until Johnson Jr. was born. Six weeks after the birth, Mimi and the children left for Ohio, where they stayed until Johnson came and brought them to Chicago.

Chicago had received a greater influx of Japanese Americans than other cities (other than cities where Japanese Americans resided prior to the war). Johnson worked at Curtiss Candy, shoveling coal into the furnace before eventually landing in their offices, and possibly attended Northwestern University for a time. Janis, their third child, was born in Chicago. From there, the family moved to Post Street in Sanger to join Mimi’s mother, Tamano Okamura at her ranch on Post and 9th Street, before purchasing their own home on J Street. A fourth child, Rodney was born in Fresno in 1948, and their fifth child was born in Fresno in 1954.  Johnson revived his insurance company, called Kebo Insurance Agency, which catered to Japanese Americans in the Central Valley.

All of Johnson and Mimi's children graduated from Sanger High School. Gerry graduated from Fresno State and attended medical school at the University of San Francisco. She is now a shiatsu massage therapist and a national 4-H leader. Johnson Jr. took over the Kebo Insurance Agency after Johnson passed away in 1978. Janis (nee Kebo) Verhaert worked for the Fresno County Social Services Welfare Office for many years and is an active volunteer with the Fresno Arts Council. Rodney graduated from Fresno State and founded MK Medical Appliances.  Donald was a cancer researcher in Los Angeles when he passed away in 1992. 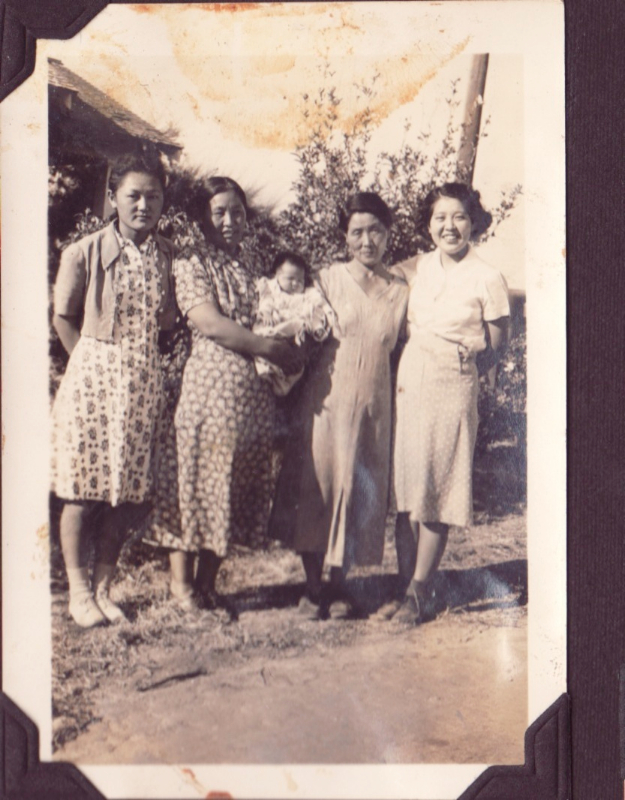