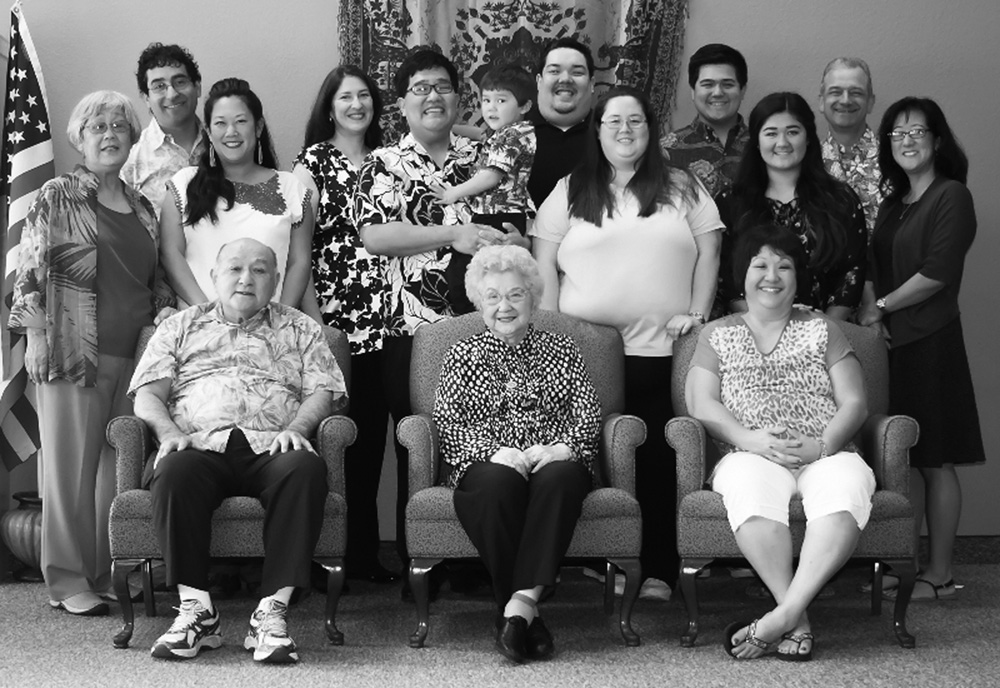 Mantaro and Rai Wada, from Hiroshima, were married in Japan before immigrating to the United States. Rai came to the U.S. sometime around 1913, but the exact date Mantaro immigrated is unknown. They settled in California's Central Valley, in the areas of Parlier and Sanger, and farmed grapes. The family faced several obstacles, including poverty, discrimination, and the difficulties of poor soil, weather, and market prices. On April 19, 1915, their daughter Hatsuko “Rose” was born in Sanger on the Isaac farm, where her parents lived and worked. Her brothers George Kazuo and Takahashi were born on September 11, 1917 and February 19, 1918, respectively. Rose's sister Matsuye was born February 1919, and her youngest sister, Kazuye, was born in March of 1921. She attended a school called Kutner Colony, where she faced anti-Japanese discrimination, bullying, and being called a "Jap." The teacher mispronounced her name so badly that they finally changed it to Rose. After graduating from Sanger High School, Rose married an Issei (a Japanese immigrant to the U.S.) from Hiroshima, Mitsumori (Frank) Wakida, who was born in Japan in 1896. In June of 1937, the couple was married at the Satoru Kebo ranch in Parlier. Frank worked as a barber in downtown Fresno prior to World War II, and as a gardener after the war. Frank and Rose had two children, Donald Mitsuru, born August 1938, and John Mamoru, born January 1942.

Frank, Rose, Donald and John were ordered to report to the Gila River War Relocation Center in Arizona after Executive Order 9066 was implemented in February 1942. Their assigned family ID was 40398, and they were imprisoned in Gila River for just under three years, from August 3, 1942 to March 13, 1945. Fortunately, a German man named Frank Clapan offered to take care of their small house and ranch in their absence, and even drove them to the Sanger railroad station.

The Wakidas returned to Parlier after the war ended, but Frank died shortly thereafter. In 1947 Rose married Frank's older brother Harry and they had a daughter, Roslyn, born on October 30, 1954. The family had to start from scratch upon returning to California. Harry worked as a gardener in Fresno, and Rose attended night school, took up bookkeeping and typing, and became a certified public accountant.  She worked as an accountant and cashier for United Grocers in Fresno for thirty years, but her true passion was traditional Japanese arts, including ikebana (flower arrangement), chanoyu (tea ceremony), shodo (calligraphy) and shigen (poetic verse recitation).  Her son Donald married Geraldine Kebo on September 2, 1962 at the Fresno Betsuin Temple. He was a career Navy man, and after retiring worked for the U.S. Postal Service for twenty-three years.  He is also an active volunteer with the 442nd/100th/MIS Veterans of Foreign Wars community. John studied art at Fresno State and worked as a lithograph cameraman in Los Angeles for most of his career. He passed away in 2007. Roslyn married Clifford Lara and works as an administrator at UC San Diego.

Patricia Wakida is an artist and author in San Francisco. Patricia is the co-editor of Only What We Could Carry: The Japanese American Internment Experience, which recounts the stress and uncertainty of camp life. She created “I Am an American,” a 3’ x 5’ linoleum block sculpture installed on the Droge Building in downtown Fresno.