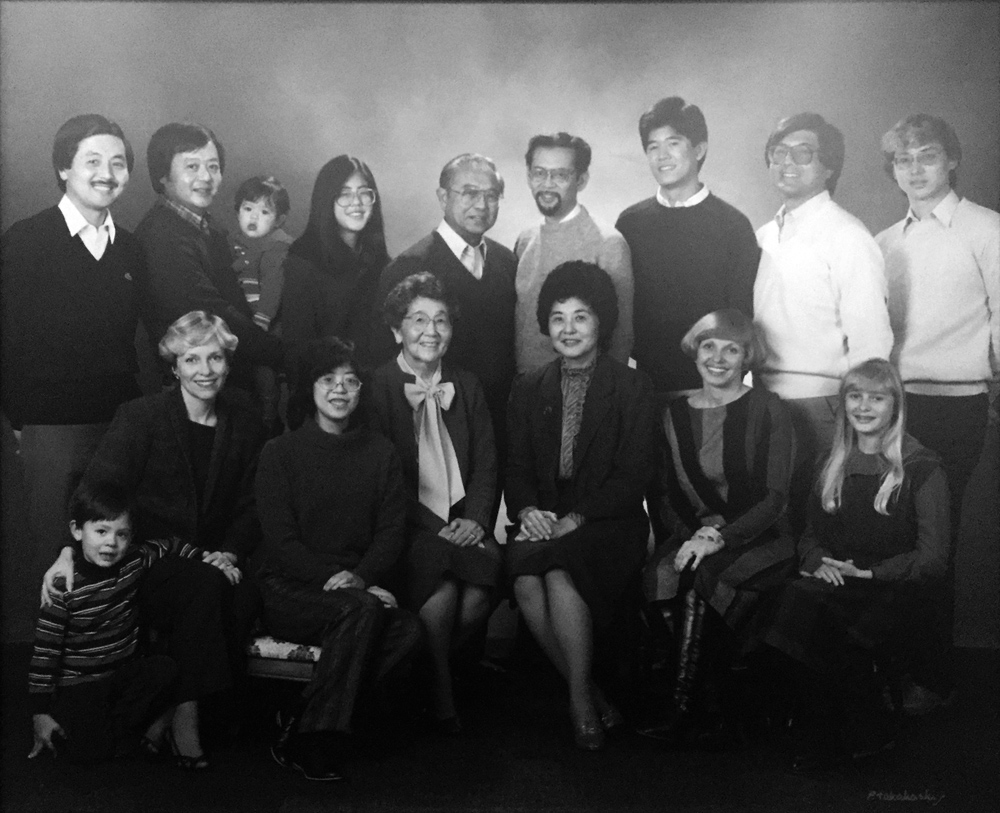 Taro “Ty” Saiki bought the Golden Rule Poultry Farm in 1939, just northeast of the Fresno city limits. He also established International Chicken Sexing and ran that business from Mankato, Minnesota. He asked his sister Setsuko's husband, Fred Hirasuna, to help him manage Golden Rule. Both businesses required good, high quality printed forms, letterheads, and labels, and they turned to a Volga-German printer in Fresno, Mike Vogt, for their printing needs. This business relationship became the basis of a lifelong friendship

Fred Hirasuna was not anticipating open warfare between the United States and Japan. He was shocked with the beginning of hostilities, and seriously considered the possibility of a government-mandated evacuation. His fears were realized when Franklin Roosevelt signed Executive Order 9066, and Fresno was divided in two. Area 1 was within city limits, and the first slated for evacuation. Area 2 was outside the city limits, and residents there were in limbo awaiting the Area 2 evacuation decision.  Golden Rule was in Area 2. Fred Hirasuna began selling off chickens and feed and arranged for the Vogts to take care of the property. Friends of the Hirasunas who were in Fresno Assembly Center wrote of the intolerable conditions: hot and dusty, with outbreaks of measles, chicken pox, mumps, tuberculosis, appendicitis, and tonsillitis.

Fred and Setsuko's son, Stuart, was born the day before Roosevelt signed E.O. 9066. Stuart's anemia prompted them to apply for voluntary relocation. Rather than going to a relocation center, the Fred & Setsuko Hirasuna extended family received permission to relocate to Mankato, Minnesota where Setsuko's brother resided. Their friend, Mike Vogt arranged for his father Michael Sr. and his mother, Elizabeth, and brother, Henry to care for the Golden Rule Farm. Mike's other brother (Fred Vogt) helped with the farm after his day job at Roma Winery. Also he was followed by the FBI and placed under surveillance for delivering unobtainable items to friends incarcerated in the camps. The Vogts ran the farm for the Hirasunas/Saikis, and thus provided untold peace of mind to them while they were in Minnesota. Mike spent the war years in the Army stationed at Bushnell General Hospital, Brigham City UT.

The journey to Minnesota was dictated by government orders, and one of the three vehicles they were taking was unable to negotiate the primitive roads over Tioga Pass. Being of Japanese descent, they were not permitted to take the main highway 99. Mike and Henry Vogt came to the rescue and drove the vehicle to their first destination in Nevada using the main highways.

Re-acclimation to life in Fresno after World War II was a struggle, and times were difficult.  Fred and Setsuko returned to California in November of 1947 where they rented a house with the Nishio family for $10 a month. In 1948 Fred co-founded Sunnyside Packing Company with Minoru Omata and Morris Cocola. In 1951 the Hirasunas built a home of their own. The Vogts did the printing for that business, too, and Fred Hirasuna and Mike Vogt remained friends for the rest of their lives. Sunnyside Packing remains a flourishing family business to this day.