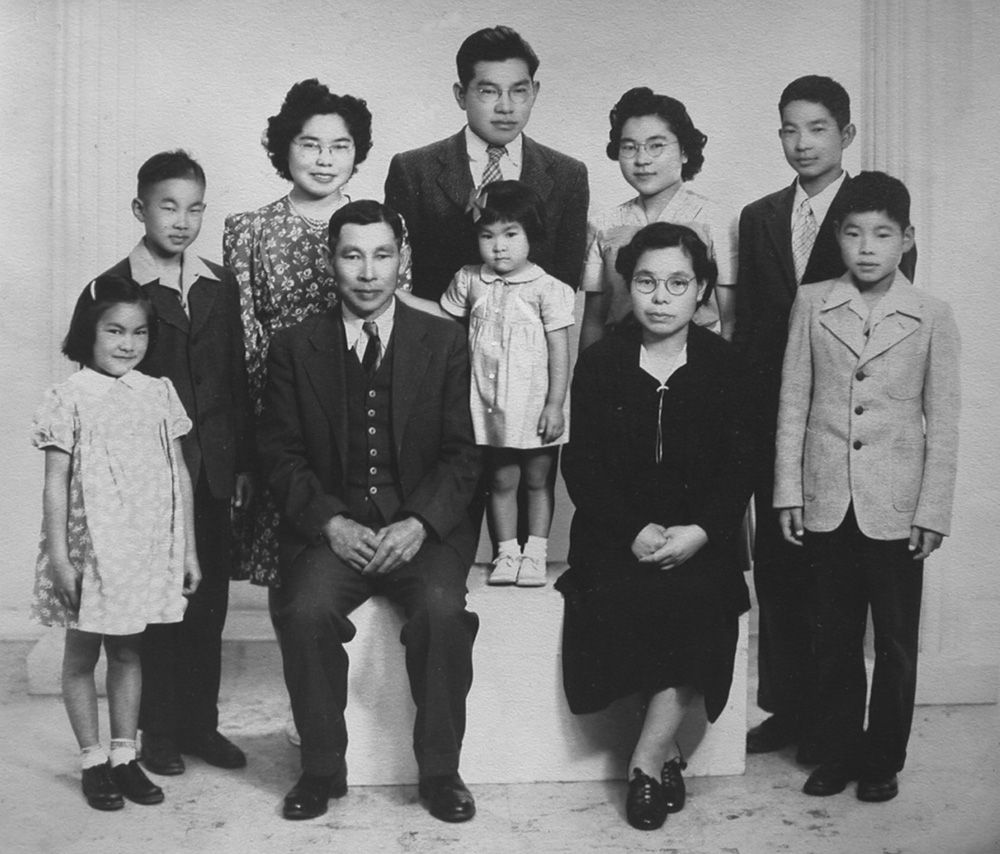 The Shimomura and Mimura families were two samurai families from Takahashi, Okayama Prefecture. Shungo Mimura graduated from an agricultural college; he became a teacher. He immigrated to the United States in 1913 at the age of 25, where he worked in a Japanese Labor Camp in King City, California. After seven years, Shungo returned to Japan to marry Umeko Shimomura. They had both converted to Christianity in Japan. The marriage was arranged, and Shungo took his wife's name so that the Shimomura name would endure. Umeko graduated from nursing school. She immigrated to the U.S. in 1921 (age 20). They went on to have eight children (all born in the U.S.), four girls (Toshiye, Sachi, Anne, Mariko) and four boys (Taro, Joshua, Lincoln, David). Despite Shungo's success in agriculture, the family was not immune from the racism and racial tensions prevalent at the time in California.

With the signing of Executive Order 9066 in February, 1942, the Shimomuras had three months to pack and report to the Salinas Assembly Center in May with only what they could carry. In July they were sent by train and bus to Poston Relocation Center in Arizona where they were assigned to Camp I, Block 32, Barrack 11, Rooms B and C. The family number assigned to them was 13256. The ages of their eight children upon entering the prison were from 2 – 20 years old. Shungo was 53, and Umeko was 41. The barracks were hot and dusty, having a wooden framework with tar paper for walls. The communal bathrooms and showers were humiliating. Scorpions, rattlesnakes, lizards, and black widow spiders were found in and around the barracks. The family mainly coped with imprisonment by suppressing their feelings and staying busy with work, school, church activities, chores, and arts and crafts. Shungo worked as a block janitor. Toshiye was a typist and clerk in the camp's personnel office. Taro worked on maintenance and operated heavy machinery to build a canal and a road. Their monthly earnings were $16 per person. Taro was drafted into the Army; he was assigned to the Military Intelligence Service and stationed in Japan until 1948. He was awarded the Nisei Soldier Congressional Gold Medal.

In 1944 after two years in Poston, the Shimomura family was permitted to leave camp. There was a temporary law that prevented them from returning to California. The Religious Society of Friends, a.k.a Quakers, worked diligently to help incarcerated families relocate to the East Coast. The Shimomuras eventually settled in New Jersey, where they started from scratch, making a living initially by farming apples and peaches on a Quaker family farm. Later, the family moved just outside of Princeton, as Shungo found employment at Princeton Nurseries. They were finally able to buy their own home there.

Today, the Shimomura family is spread from California to New Jersey, Japan to Germany. Most of the family are college educated and employed in a variety of professions with strong themes in librarianship, engineering, education, and the ministry. The incarceration was not discussed. It was upsetting and they did not wish to sound as if they were complaining. They generally welcomed the presidential apology and redress, thanks to the courageous efforts of Japanese American leaders.

Information provided by Julie Moore (Sansei) with the assistance of her mother, Anne Moore (Nisei), and her aunt, Toshiye Hirose (Nisei). 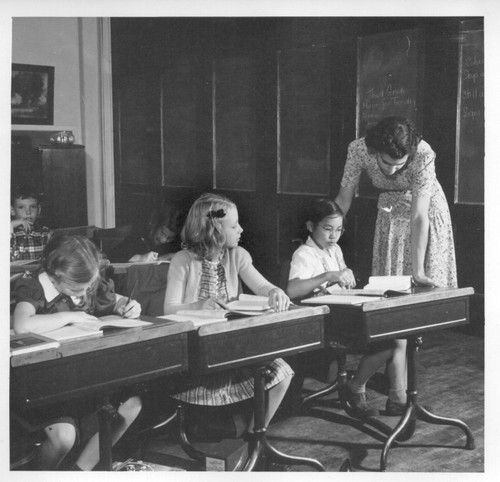 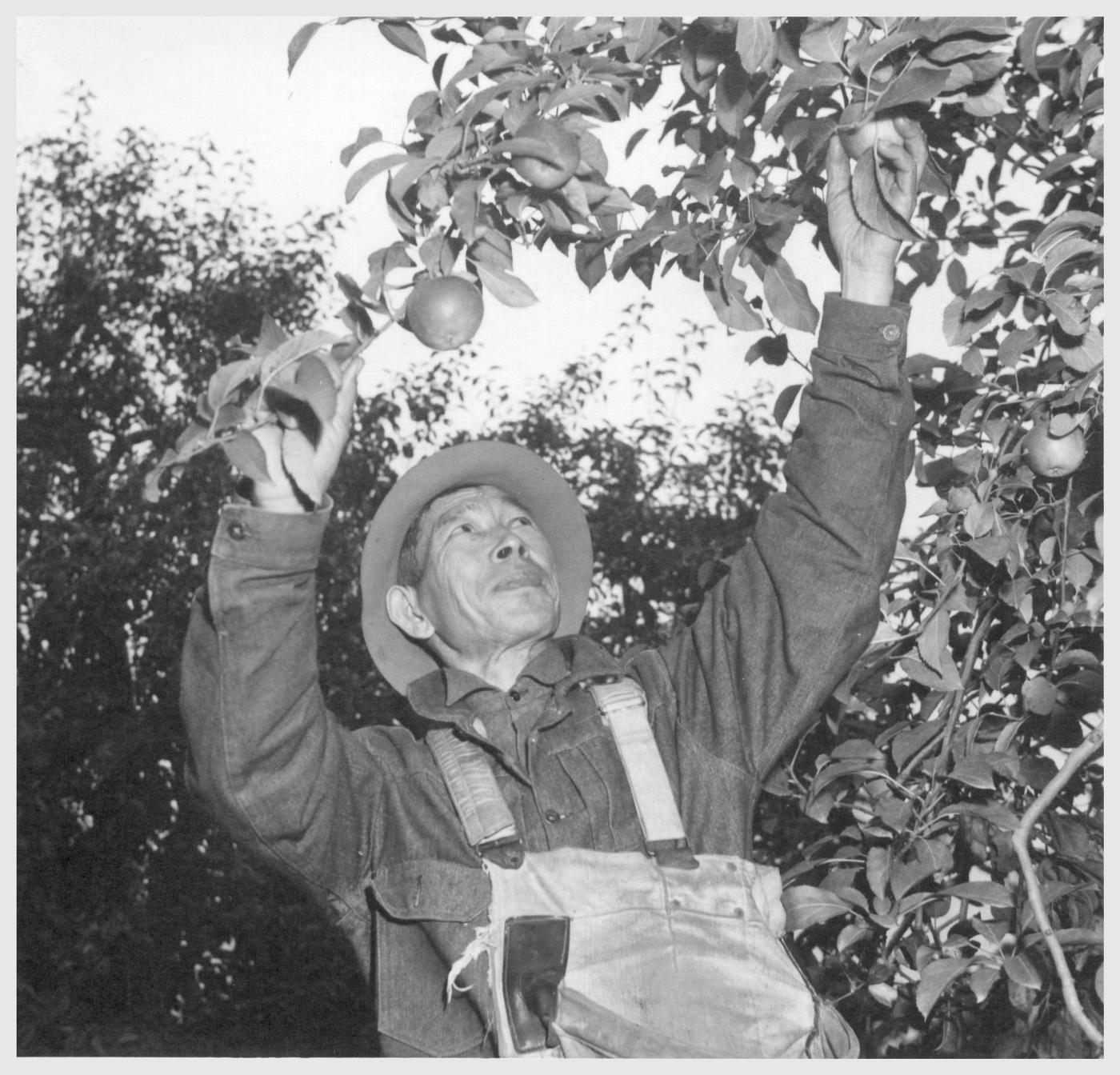 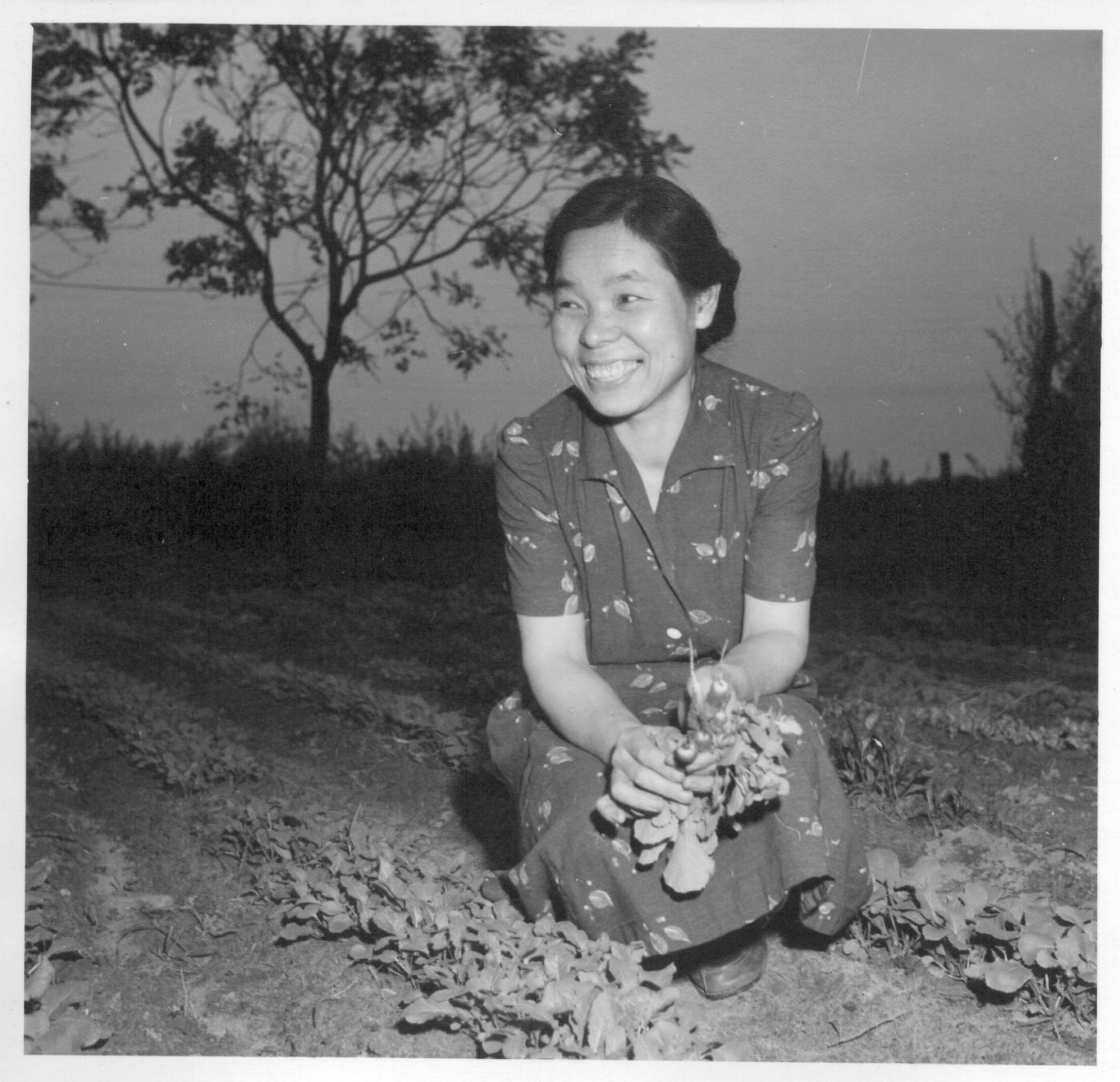 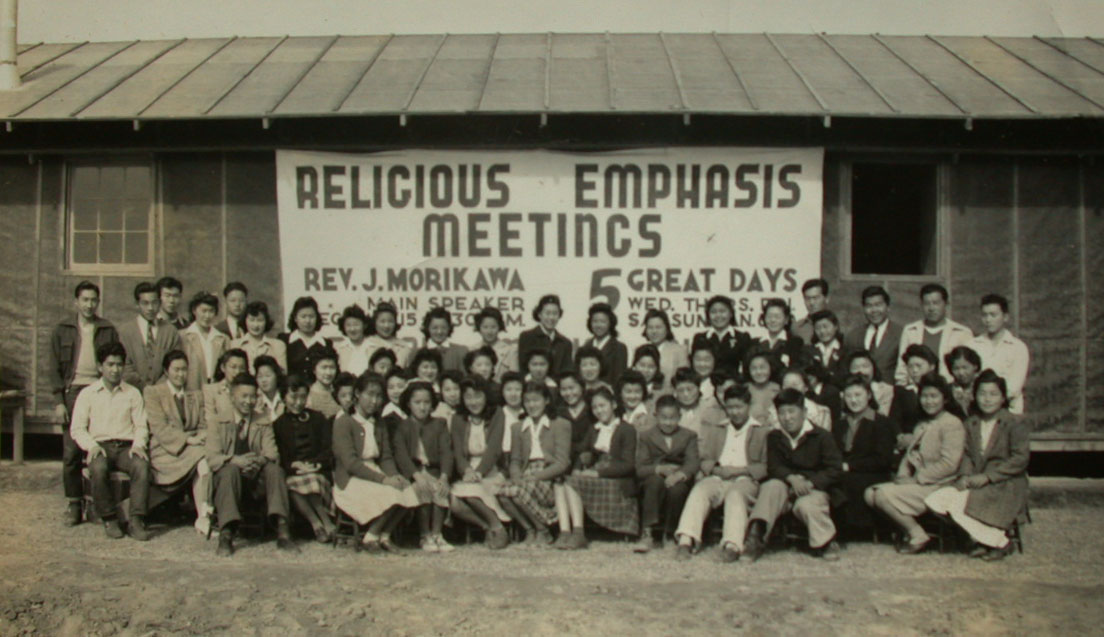 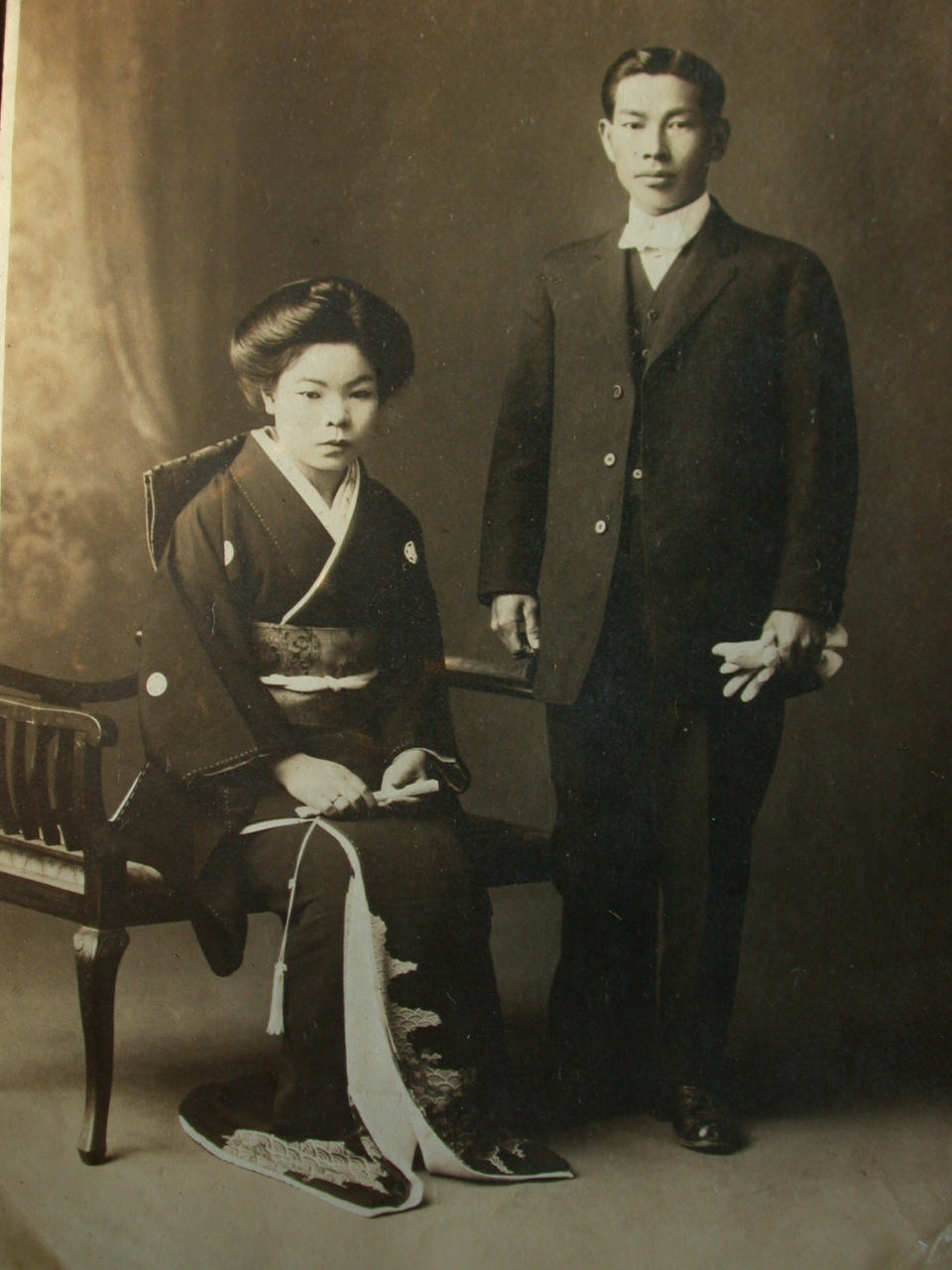 Umeko and Shungo Shimomura on their wedding day, 1920. 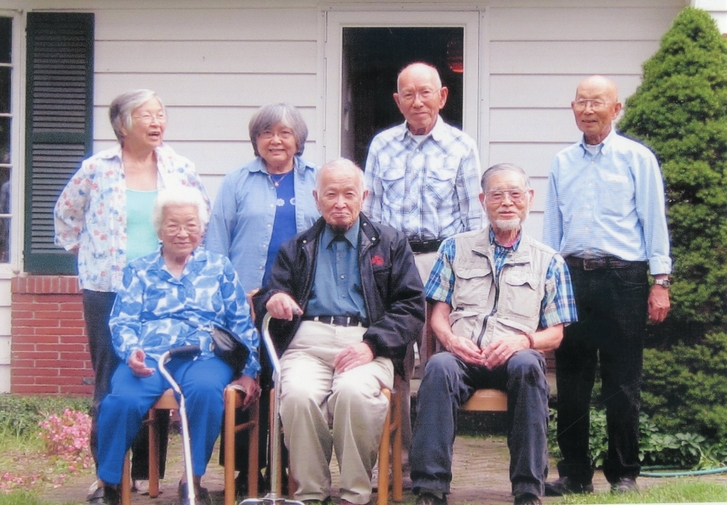 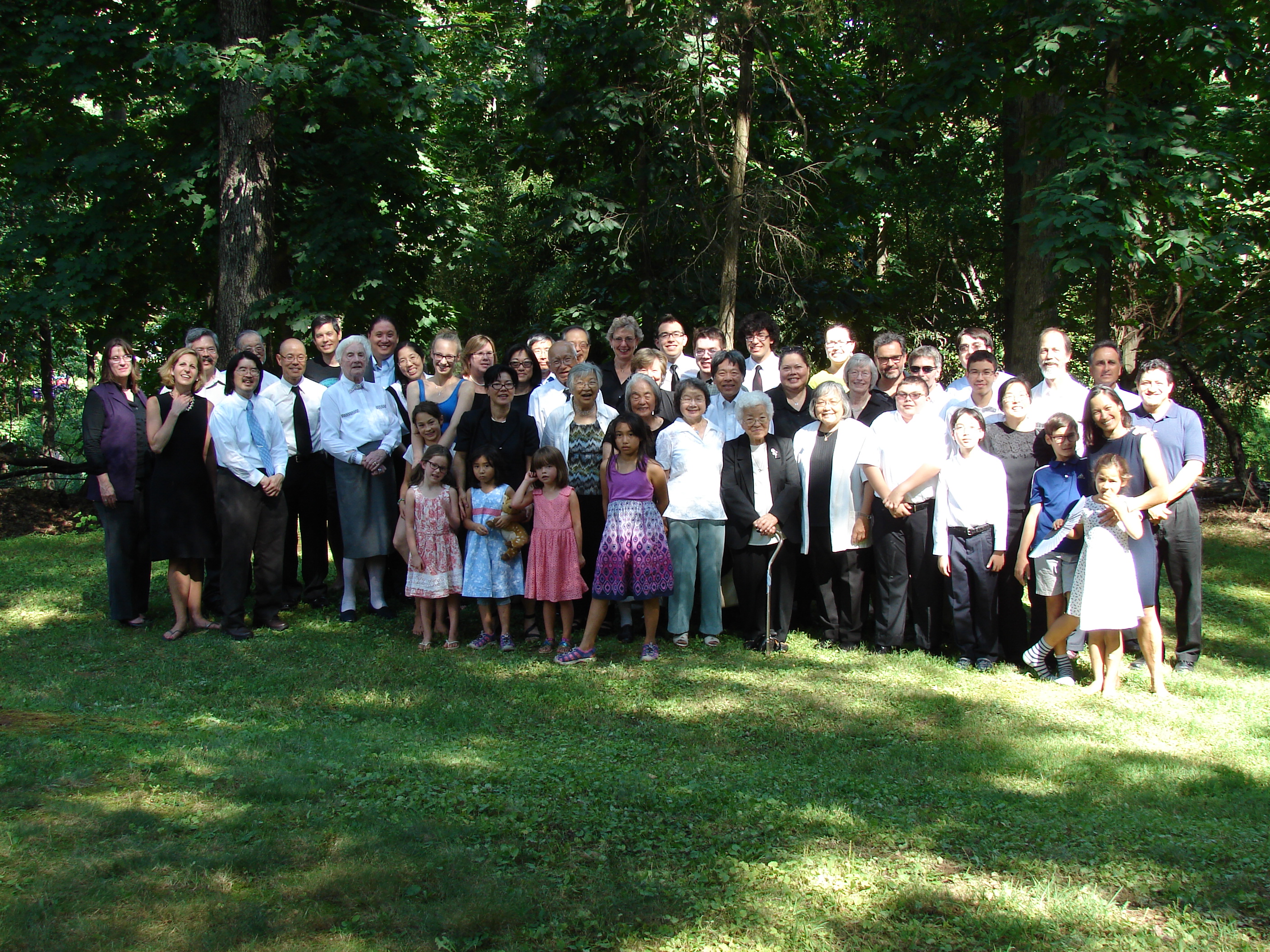 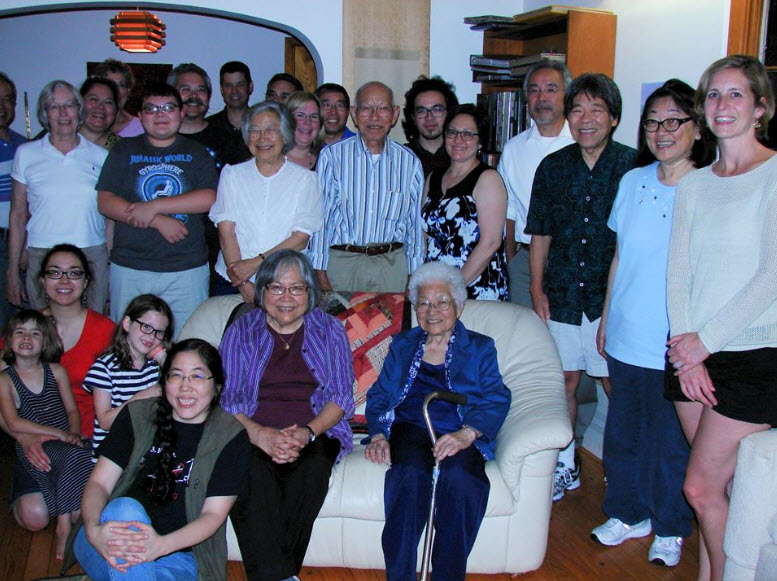