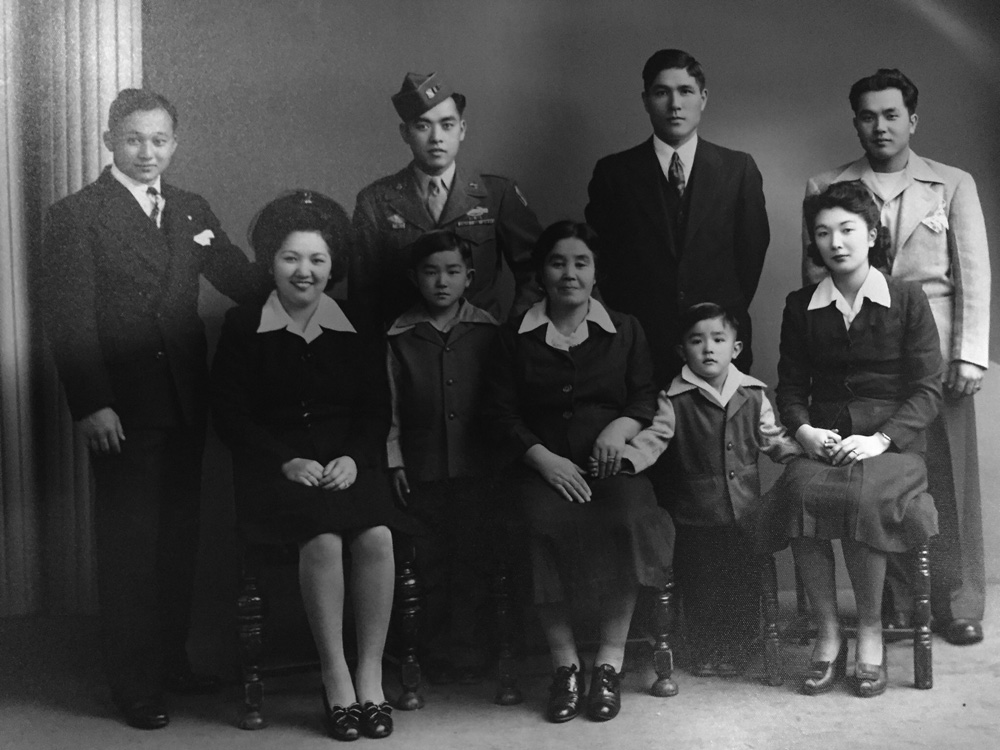 With the implementation of Executive Order 9066, the Wadas were sent to Pinedale Assembly Center.  From Pinedale, they were sent to Gila River War Relocation Center, where they were imprisoned for three years.  The Wadas coped with incarceration by gardening, building fish ponds, and watching baseball games.  The younger children felt as though they were in summer camp.  George received permission to travel to Chicago, Illinois to work in a factory.

The Wadas were forced to start all over again when the war ended.  The family moved back to Sanger and returned to farming.  Rosie and George went on to farming in Parlier, California.  Takashi attended trade school and worked in electronics in Los Angeles.  Matsu got married after recovering from tuberculosis.  Faye became a housekeeper and a housewife.

Internees from both the Harada and Wada families were angry about the whole experience of being interned, but neutral on the topic of Redress.  They only discussed their experiences when asked directly but none of them wanted people to forget what happened to Japanese Americans during World War II.