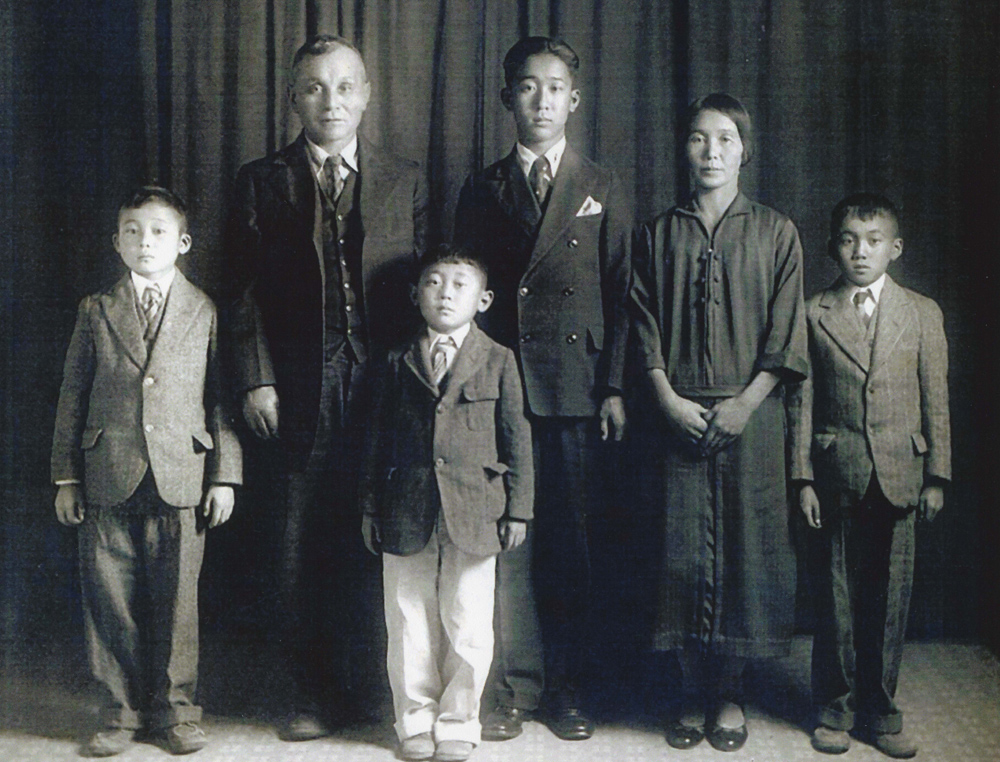 Sawakichi and Oei Harada immigrated to the United States from Wakayama in 1914 and settled in Vacaville, California, where they made their living by farming.  The Haradas had to overcome the twin hurdles of cultural acclimation and the language barrier.  They had four children, all born in the U.S.: George (b. 1914), Jack (b. 1920), Genzo (b. 1921), and Bob (b. 1923).

When Franklin Delano Roosevelt signed Executive Order 9066, the Haradas were given three days to pack their belongings.  They were sent to the Turlock Assembly Center and from there to Gila River War Relocation Center, where they were incarcerated for three years.  Oei kept busy taking care of her children, while the other family members had various jobs in camp, such as working on camouflage, kitchen and laundry duties.  Pay for work in the camps was low, capped at a monthly salary of $18 ($265 in today’s dollars), without regard to skill level or experience.

After their release from their incarceration, Oei went to Colorado to live with Bob, and the family had to start again with nothing.  George became a gardener in Los Angeles.  Jack majored in microbiology at Fresno State and worked for the Fresno County Health Department.  Genzo worked in sales, and Bob did a variety work including working in hotels, at a defense plant in Colorado, and owns a grocery store.